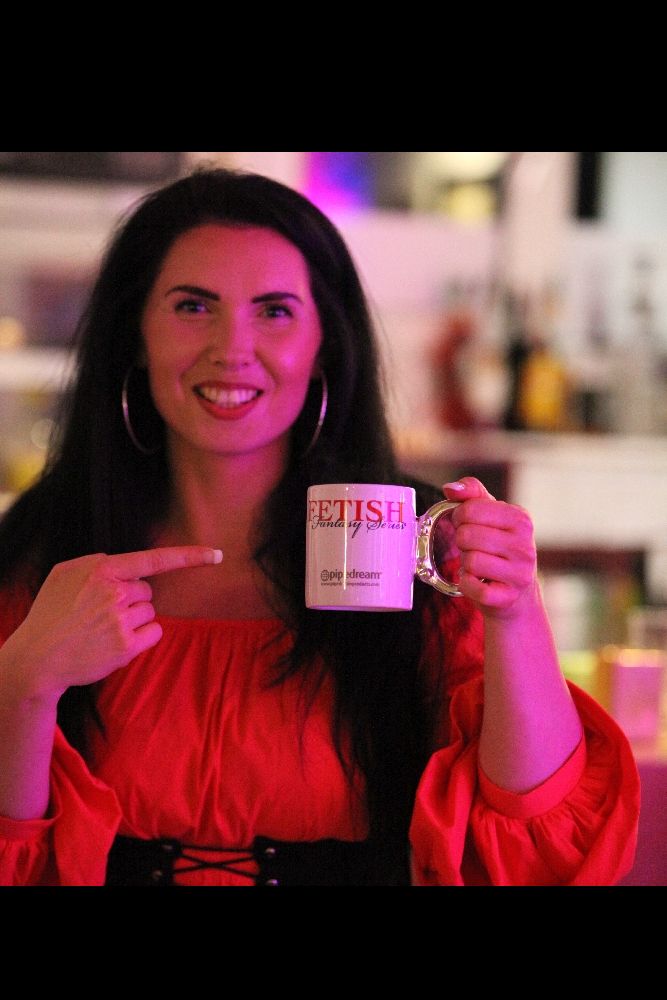 Definitely no!!! Not at all!!! ….Never ever…
At the end of the day, if you consider… I am a respected, grown up woman, a mother of two, who is taking her life, projects, job and anything she does commit to, as if her life was depending upon it.

So, as you can see… Fetish, or else… that is not for me.
And there’s that part: what would people think? Yeah, that’s right… What would they think? What would’ve happened if they found out, that I indeed, had one? The one and only, tempting desire…

That thing, which makes me tick… Guilty pleasure.

That element or item, whatever you wanna call it, which can seduce you smoothly and sweep you off your feet, to then offer you aromatic invigoration and cheer you up with a warm embrace – from the top… to the very last toe… slowly warming up each and every cell in your body… making the feeling last for a while…Uffff…
Have you ever looked into yourself in such a way and discovered how it works on you… How it makes you tick.
The guilty pleasure, first thing in the morning, or some time in the afternoon… In between the chores, which must be completed no matter what… In your kitchen, living room, while it’s still dark outside or in the full light. Most probably at work… If there’s no one there to join you, the echoing silence and peace complement and compensate that temporary loss.

Oh Blimey, I know I can enjoy it with relish. No matter what time of the day it is or night. No matter the place…
Though what really does matter to me… is that ‘plus one’ – making my ritual complete. The right company matters a lot and I’m certain you will agree with me on that one too 😉

I, in particular, like it very hot… to the point, that my tongue burns, while strong pungent aroma fills my lungs with its scent. Rich bouquet of perfectly mixed together cinnamon, nutmeg, chili peppers, chocolate and the final ingredient…..

With just a little bit of foamy milk, to break the bitterness and make it look even more desirable…smooth & spicy…
Yummy!!!
My greatest Guilty Pleasure of all and Fetish in one ;)) Guilty as charged !
Although, I proved to myself quite a few times, that it’s not such a big deal living without…Mostly, I just simply do give in to it and let myself be seduced by the taste and aroma of my spicy Late Macchiato… regardless of the circumstances.

‘And I’ve been drinking… I’ve been drinking’ since many years… Having been in my late thirties, I’ve been drinking this mysterious brew made out of little brown beans, since nearly 20 years… and I never seem to have enough 😉
Did you actually know that the history and origin of coffee dates back to the 10th century, and possibly earlier with a number of reports and legends surrounding its first use in Ethiopia. The earliest substantiated evidence of either coffee drinking or knowledge of the coffee tree is from the 15th century.
The Arabic word “qahwa, coffee, a brew” originally referred to wine, a dark drink which was traditionally mixed and served hot in a similar manner.
There are approximately 126 different types of coffee trees/plants that have been documented, but there are only three that are commercially viable: Arabica, Canephora and Robusta.
These days, coffee is the most consumed beverage in the world after water and it has very similar names in all the five continents: café, caffè, kahve, kofye and kahawa.

Call me a coffee monster… I don’t care, cause nothing compares to those sweet little moments, when my coffee is so aromatic and terribly burning hot. :))) It has the mysterious power to stop the clock for a couple of magical minutes.
I remember, a few years ago, while I was still living in Belfast, I’d attend regularly the coffee tasting. My dear friend – an educated and experienced Coffee Master, would invite me to her workplace – one of the largest in the world coffee franchises 😉 S… so amazing ))) and we would drink different kinds of a brew in a purely aristocratic way… once biting through cherry tomatoes, to then turn into a pink grapefruit… embracing the full bodied flavor of our coffees.
That’s right! You read it right ! We were drinking coffee – snacking fruit etc. … simply indulging ourselves.  I can almost smell the aroma in the ether and feel the bitterly-sweet & sour taste on my palate, while memorizing it.

The only way out of this dreamy memory is to make myself a cup of coffee and enjoy it thoroughly on my balcony :)))  I hope you’ll do too 🙂 Cheers !!!

And You? What is your guilty pleasure and/or what makes you tick? I’d like to know you better 🙂 so write anytime!
No matter who you are or where are you from… It looks like we’ve got at least two things in common now. Music & coffee 😉

You can send me Your Story to ninarosemusicofficial@gmail.com