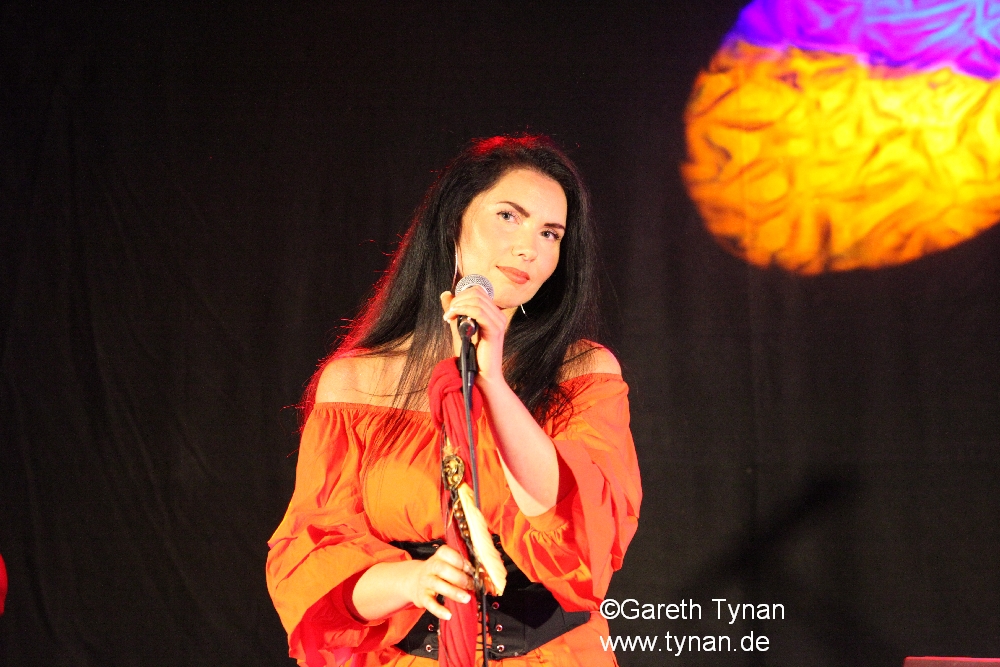 Born Agnieszka Rybikowska on 07.02.1981 in Wrocław, Poland. At the age of 6 joined the local Church Choir in her home city, where she learned the basics for classical choir singing.

She started composing and writing as a young girl. Family and friends were the major influence on her work; however, the greatest influence was her Grandmother. Following the sad loss of her Grandmother, Nina began exploring the spiritual world and later also wrote her first A capella song “Sycylianka dla Niny I” (“Sycylian song for Nina”).

With 13 she began drawing, with 16, she became serious about singing – joining various bands, experimenting with different genres from rock & blues to symphonic metal. Composing songs by herself and with other musicians has been a real fun experience and a challenge. Her songs have got personal and social meaning, which brought her many fans all over the world. Her major language for singing is English, but she also writes and sings in Polish and German.

Participating in the preliminary event for the Singer – Songwriter Contest held in Rock Cafe Beans in Langen on the 23rd July, Nina was selected as one of the finalists to compete in the end round at the Folkclub Hattersheim in August 2016.

Aga Nina is the main core Artist, Writer, Lyricist, Composer Producer, Music Video Director at NinaRose Music & Arozavitch, as well as a founder and CEO of The Haus of Nina.